Have you heard of the makeup brand 3INA? No, me neither. But I added their Glam Rock Adrenaline Blush to my cart at Nordstrom Rack so I would qualify for free shipping.

I Bought This, Affiliate Link

I bought a pair of waterproof hiking boots in a size that I thought might end  up being too big for me, but the price was right and 7.5 was the only size left that was remotely close to my regular size. I bought a wrap top that was on sale, Champion ankle socks that I really needed, and the cream blush for under $10 helped me qualify for free shipping. I would rather get an inexpensive makeup product than pay the same amount for shipping. Although the hiking boots ended up being waaaaay too big, everything else worked out.

I’ve been noticing that cream blush in a tube has been having a moment for a while now. Glossier introduced their cream blush more than a year ago, and ColourPop has them now too. Why not give it a try?

The blush was made in Italy, and after trying to learn more about it online, I am guessing that 3INA has more of a presence in Europe, Russia and South America than in the U.S. Most of the posts online about Glam Rock Adrenaline Blush are in Russian, Italian, French, Spanish, or in English but from the U.K. That’s OK with me because I love trying products from other countries.

It appears that Glam Rock Adrenaline Blush is part of a glam rock-inspired makeup collection that was channeling the 1970s-80s glam rock scene. Think David Bowie. Not surprisingly Glam Rock Adrenaline Blush is an intensely pigmented peachy-pink. Actually, the shade looked a little scary at first because it is soooo bright when it comes out of the tube.

But because it’s a cream, you can sheer it out or layer it to make it as bright as you like. It can be applied with your fingers or with a blush brush or fan brush.

The cream itself has the light feel of a gel-cream. It is completely weightless on my skin. With butylene glycol and simethicone, it applies very smoothly. Lately, no creams have been lasting forever on my dry skin for some reason, but I got at least 5 hours out of the light wash of color that I applied. In the photo below, I purposely did not blend it in completely so you could get an idea of the range of color you could get. 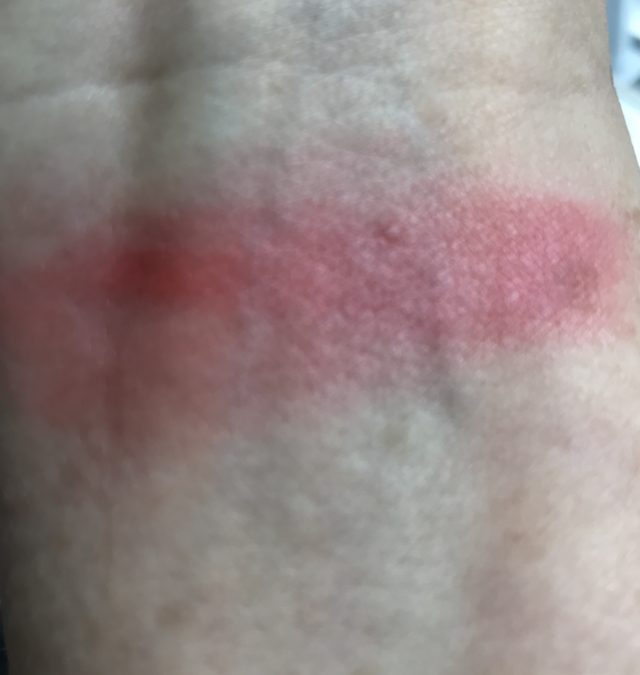 The original price of 3INA’s Glam Rock Adrenaline Blush from late 2019 was about $20. Nordstrom Rack was originally selling it for $9.97, and I paid $7.48 for it. Worth the sale price for sure. I better use it fast since it could already be at least 18 months old, though it came in a sealed tube. 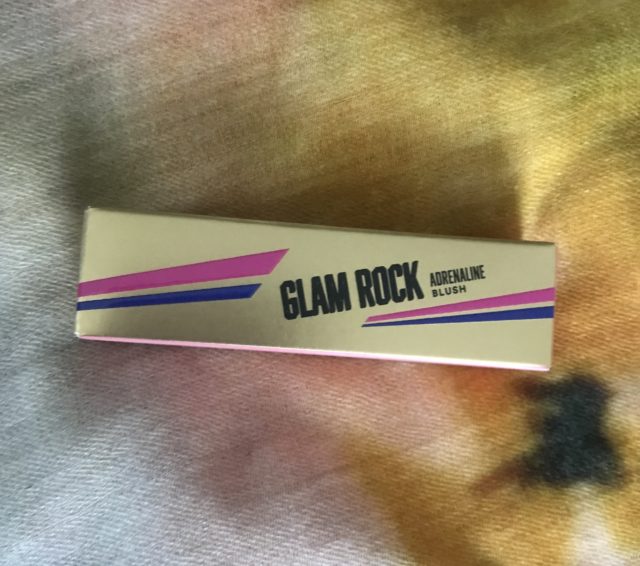 Cruelty-free, vegan and made to European standards for cosmetics that are a lot more stringent than American standards.