Usually, I use a product for several weeks, at least a month before I write a review. But not long ago, I didn’t follow my typical testing procedure, and I judged a product too soon. Sorry about that.  Because it was a bar of soap, I thought I could evaluate it more quickly. I was wrong.

I Bought This, Affiliate Links 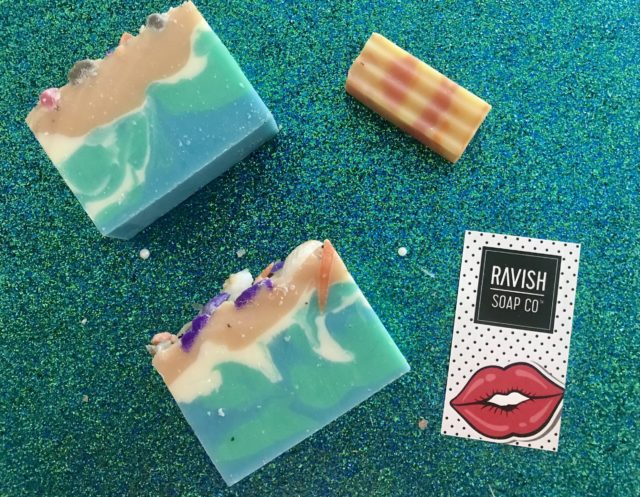 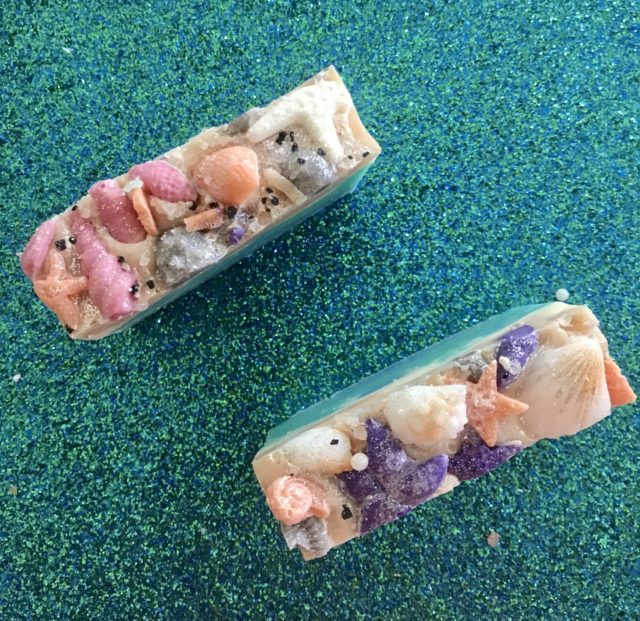 The fragrance is a little different than I expected. It is more like plumeria or at least floral rather than straight up coconut, pina colada or an ocean scent. But it is nice.

My initial issue with Ravish Soap Co. Beach, Please! Coconut & Sea Salt Soap was that it was difficult to get it to produce enough lather. It is a “cold-processed” soap, and apparently that style of soap-making can result in a natural non-sulfate soap that doesn’t lather as much as other types of soap.  I was disappointed.

Plus I had purchased two of these pretty soaps. I thought about giving them away or at least giving away one of them, but I decided I needed to give it a longer chance to prove itself.

The problem was that flipping the wet soap around in my hands wasn’t producing enough lather. The soap is a big cake, so I cut it in half. 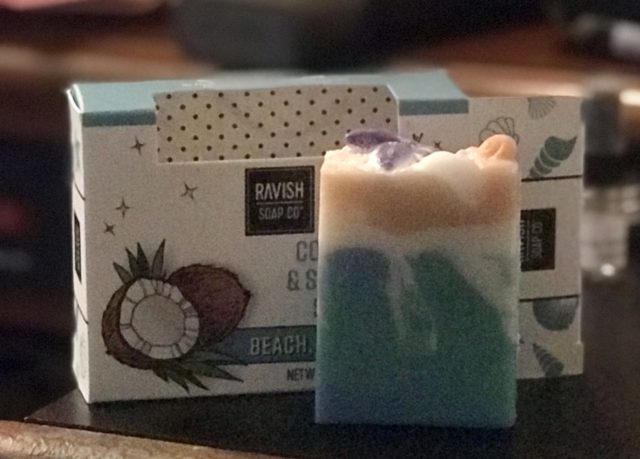 Duh. Why didn’t I do that right away? Cutting it in half really made a big difference! It became much easier to flip around in my hands and much easier to create suds. Also, as the soap got smaller, it created even more suds, even more easily. 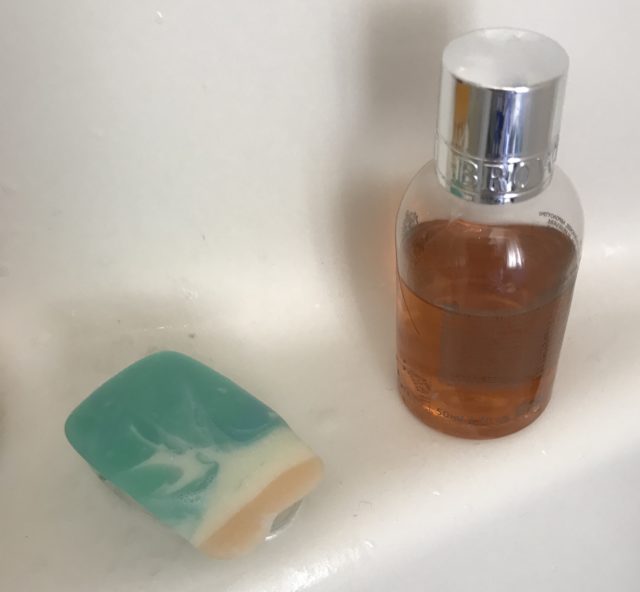 Now, I have almost finished the half soap, and I have the other half waiting in the wings. And I’ll keep that second bar for myself.

So, if at some point you decide to try cold-processed soap from the Ravish Soap Co., make sure you cut it in half and keep at it as you flip it around to generate lather.